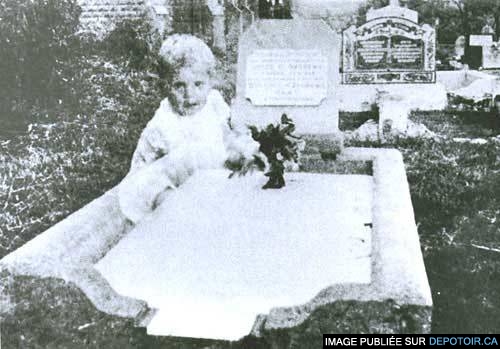 In 1946, a woman named Mrs. Andrews took this picture of her deceased daughter's gravestone in Queensland, Australia. Her daughter had been just 17 when she'd died the previous year. When the film was developed, Mrs. Andrews was shocked to see the image of an infant girl looking directly into her camera.

There had been no children in the cemetery that day, and Mrs. Andrews didn't know any babies whose pictures she'd have taken with her camera. She also remarked that the child did not look like her own daughter when her daughter was an infant.