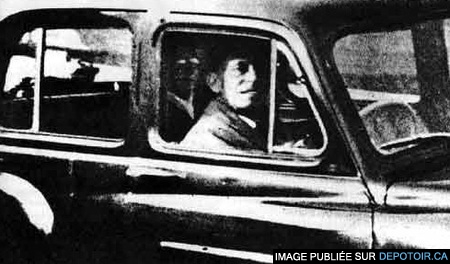 The back seat ghost

In 1959, Mabel Chinnery was visiting the grave of her mother in a British graveyard when she took a picture of her husband, who was waiting alone in the car.

It wasn't until Mrs. Chinnery had the film developed that they realized her husband hadn't been waiting alone after all. The picture shows a person wearing glasses sitting in the back seat, and Mrs. Chinnery immediately recognized the figure as being her mother -- the mother whose grave she had just visited.

A photographic expert who examined the print determined that the image of the woman was neither a reflection nor a double exposure, even going so far as to stake his reputation on the fact that the picture is genuine.