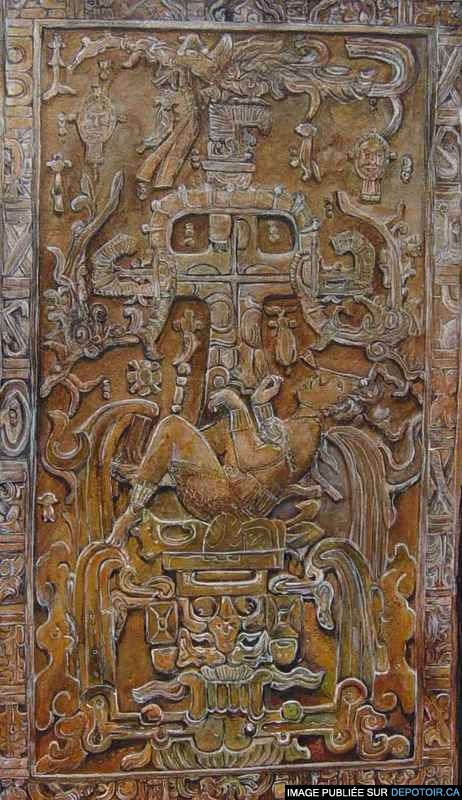 This episode suggests that the ancient Maya were given their knowledge of mathematics and astronomy by extraterrestrials. It alleges advanced city engineering despite the use of metal tools and the wheel; knowledge of celestial events (such as pole shifts) thousands of years before the culture began; and a complex writing system only understood by the rulers and clerics among them. Featured artifacts include the sarcophagus lid of Palenque's King Pakal who is said to be piloting a rocket ship; the La Venta Olmec heads suggested to represent African people in flight helmets, and the feathered serpent god Kukulkan possibly depicted elsewhere in the world as the NÄga and Chinese dragon.