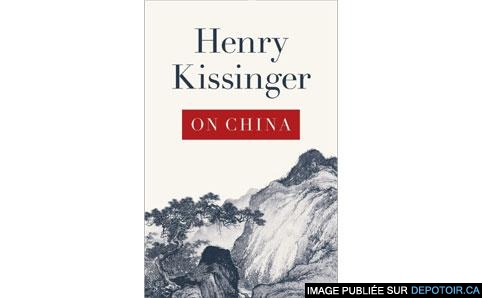 Japan, like China, encountered Western ships wielding unfamiliar technology and overwhelming force in the mid-nineteenth century—in Japan’s case, the 1853 landing of the American Commodore Matthew Perry’s “black ships.” But Japan drew from the challenge the opposite conclusion as China: it threw open its doors to foreign technology and overhauled its institutions in an attempt to replicate the Western powers’ rise. (In Japan, this conclusion may have been assisted by the fact that foreign ideas were not seen as connected to the question of opium addiction, which Japan largely managed to avoid.) Shimazu Nariakira, a nineteenth-century lord and leading advocate of technological modernization, “If we take the initiative, we can dominate; if we do not, we will be dominated,

If Chinese exceptionalism represented the claims of a universal empire, Japanese exceptionalism sprang from the insecurities of an island nation borrowing heavily from its neighbor, but fearful of being dominated by it. The Chinese sense of uniqueness asserted that China was the one true civilization, and invited barbarians to the Middle Kingdom to “come and be transformed.” The Japanese attitude assumed a unique Japanese racial and cultural purity, and declined to extend its benefits or even explain itself to those born outside its sacred ancestral bonds.

At the apex of Japan’s society and its own world order stood the Japanese Emperor, a figure conceived, like the Chinese Son of Heaven, as an intermediary between the human and the divine. The title “Emperor” itself—insistently displayed on Japanese diplomatic dispatches to the Chinese court—was a direct challenge to the Chinese world order. In China’s cosmology, mankind had only one Emperor, and his throne was in China. Other Asian peoples accepted the protocol of the Chinese tribute system, labeling their trade as “tribute” to gain access to Chinese markets. Japan refused to conduct its trade with China in the guise of tribute. It insisted on at least equality to China, if not superiority. If China’s sphere of influence waxed and waned along its long frontiers in accordance with the power of the empire and the surrounding tribes, Japan’s leaders came to conceive of their security dilemma as a much starker choice. Possessing a sense of superiority as pronounced as the Chinese court’s but perceiving their margin of error as far smaller.

While foreign armies were marching across China and extorting humiliating terms, the Celestial Court never stopped asserting its claim to central authority and managed to implement it over most of China’s territory. The invaders were treated as other invaders had been in previous centuries, as a nuisance, an unwelcome interruption of the eternal rhythm of Chinese life. Perhaps most remarkably, they did so using almost entirely traditional methods. A segment of the Qing ruling class wrote eloquent memorials in the classical style about the challenges posed by the West, Russia, and a rising Japan, and the resulting need for China to practice “self-strengthening” and improve its own technological capabilities. But China’s Confucian elite and its generally conservative populace remained deeply ambivalent about such advice. Many perceived the importation of foreign-language texts and Western technology as endangering China’s cultural essence and social order. After sometimes bruising battles, the prevailing faction decided that to modernize along Western lines was to cease to be Chinese, and that nothing could justify abandoning this unique heritage.

To weather the storm, China relied not on technology or military power but instead on two deeply traditional resources: the analytical abilities of its diplomats, and the endurance and cultural confidence of its people. It developed ingenious strategies for playing off the new barbarians against one another. Officials charged with managing China’s foreign relations offered concessions in various cities—but they deliberately invited multiple sets of foreigners to share in the spoils, so that they could “use barbarians against barbarians” and avoid dominance by any one power. They eventually insisted on scrupulous adherence to the “unequal treaties” with the West and to foreign principles of international law, not because Chinese officials believed them to be valid, but because such conduct provided a means to circumscribe foreign ambitions.

If chess is about the decisive battle, wei qi is about the protracted campaign. The chess player aims for total victory. The wei qi player seeks relative advantage. In chess, the player always has the capability of the adversary in front of him; all the pieces are always fully deployed. The wei qi player needs to assess not only the pieces on the board but the reinforcements the adversary is in a position to deploy. Chess teaches the Clausewitzian concepts of “center of gravity” and the “decisive point”—the game usually beginning as a struggle for the center of the board. Wei qi teaches the art of strategic encirclement. Where the skillful chess player aims to eliminate his opponent’s pieces in a series of head-on clashes, a talented wei qi player moves into “empty” spaces on the board, gradually mitigating the strategic potential of his opponent’s pieces. Chess produces single-mindedness; wei qi generates strategic flexibility.

he seminal figure in this tradition is known to history as Sun Tzu (or “Master Sun”), author of the famed treatise The Art of War. Its maxims found vivid expression in the twentieth-century Chinese civil war at the hands of Sun Tzu’s student Mao Zedong, and in the Vietnam wars, as Ho Chi Minh and Vo Nguyen Giap employed Sun Tzu’s principles of indirect attack and psychological combat against France and then the United States. (Sun Tzu has also achieved a second career of sorts in the West, with popular editions of The Art of War recasting him as a modern business management guru.)

What distinguishes Sun Tzu from Western writers on strategy is the emphasis on the psychological and political elements over the purely military. The great European military theorists Carl von Clausewitz and Antoine-Henri Jomini treat strategy as an activity in its own right, separate from politics. Even Clausewitz’s famous dictum that war is the continuation of politics by other means implies that with war the statesman enters a new and distinct phase.

Sun Tzu merges the two fields. Where Western strategists reflect on the means to assemble superior power at the decisive point, Sun Tzu addresses the means of building a dominant political and psychological position, such that the outcome of a conflict becomes a foregone conclusion. Western strategists test their maxims by victories in battles; Sun Tzu tests by victories where battles have become unnecessary.

he Art of War advises the commander to induce his opponent into accomplishing the commander’s own aims or force him into a position so impossible that he opts to surrender his army or state unharmed.

Perhaps Sun Tzu’s most important insight was that in a military or strategic contest, everything is relevant and connected: weather, terrain, diplomacy, the reports of spies and double agents, supplies and logistics, the balance of forces, historic perceptions, the intangibles of surprise and morale. Each factor influences the others, giving rise to subtle shifts in momentum and relative advantage. There are no isolated events.

Hence the task of a strategist is less to analyze a particular situation than to determine its relationship to the context in which it occurs. No particular constellation is ever static; any pattern is temporary and in essence evolving. The strategist must capture the direction of that evolution and make it serve his ends.

The Art of War articulates a doctrine less of territorial conquest than of psychological dominance; it was the way the North Vietnamese fought America (though Hanoi usually translated its psychological gains into actual territorial conquests as well). For China’s classical sages, the world could never be conquered; wise rulers could hope only to harmonize with its trends. There was no New World to populate, no redemption awaiting mankind on distant shores. The promised land was China, and the Chinese were already there. The blessings of the Middle Kingdom’s culture might theoretically be extended, by China’s superior example, to the foreigners on the empire’s periphery. But there was no glory to be found in venturing across the seas to convert “heathens” to Chinese ways; the customs of the Celestial Dynasty were plainly beyond the attainment of the far barbarians.