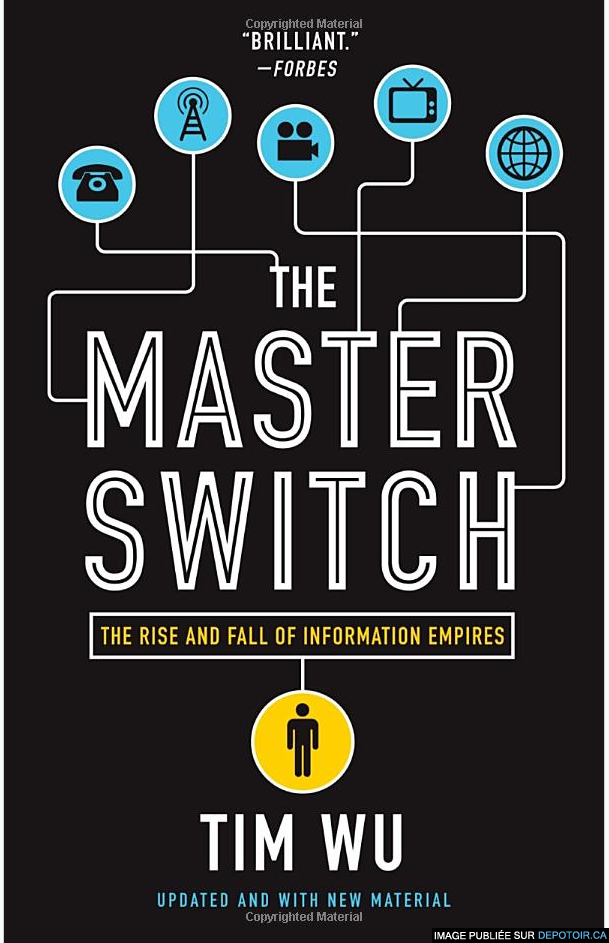 When we look carefully at the twentieth century, we soon find that the Internet wasn’t the first information technology supposed to have changed everything forever. We see in fact a succession of optimistic and open media, each of which, in time, became a closed and controlled industry.

History shows a typical progression of information technologies: from somebody’s hobby to somebody’s industry; from jury-rigged contraption to slick production marvel; from a freely accessible channel to one strictly controlled by a single corporation or cartel—from open to closed system. It is a progression so common as to seem inevitable, though it would hardly have seemed so at the dawn of any of the past century’s transformative technologies, whether telephony, radio, television, or film.

Sometimes it takes an outsider to make this clear. Steaming from Malaysia to the United States in 1926, a young English writer named Aldous Huxley came across something interesting in the ship’s library, a volume entitled My Life and Work, by Henry Ford. Here was the vivid story of Ford’s design of mass production techniques and giant centralized factories of unexampled efficiency. When he arrived in the States, he realized something both intriguing and terrifying: Henry Ford’s future was already becoming a reality. The methods of the steel factory and car assembly plant had been imported to the cultural and communications industries. Huxley witnessed in the America of 1926 the prototypes of structures that had not yet reached the rest of the world: the first commercial radio networks, rising studios for film production, and a powerful private communications monopoly called AT&T.

Seven years later, the question of the spirit would occur to another student of culture and theorist of information. “The radio is the most influential and important intermediary between a spiritual movement and the nation,” wrote Joseph Goebbels, quite astutely, in 1933. “Above all,” he said, “it is necessary to clearly centralize all radio activities.”

We sometimes treat the information industries as if they were like any other enterprise, but they are not, for their structure determines who gets heard. It is in this context that Fred Friendly, onetime CBS News president, made it clear that before any question of free speech comes the question of “who controls the master switch.”

By the dawn of the twenty-first century, the second great closing will be complete. The one exception to the hegemony of the latter-day information monopolists will be a new network to end all networks. While all else was being consolidated, the 1990s would also see the so-called Internet revolution, though amid its explosive growth no one could see where the wildly open new medium would lead. Would the Internet usher in a reign of industrial openness without end, abolishing the Cycle? Or would it, despite its radically decentralized design, become in time simply the next logical target for the insuperable forces of information empire ?